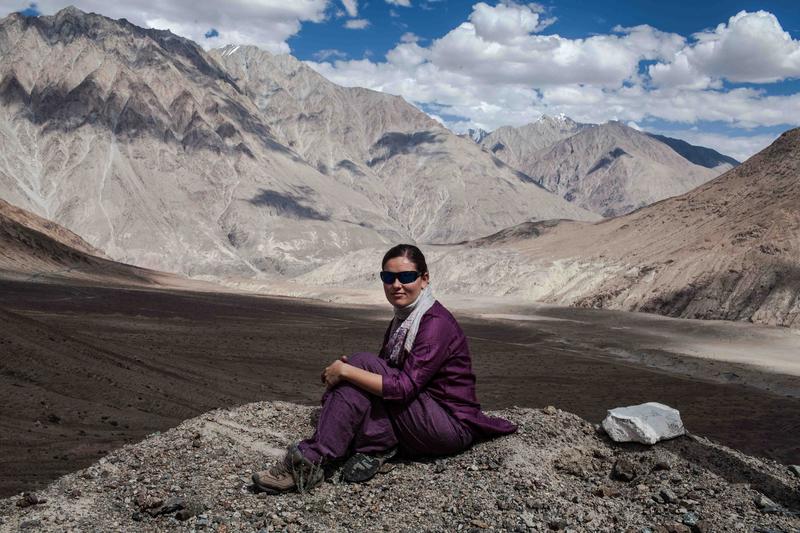 Olya Morvan was born in 1983 in Odessa, Ukraine. She is passionate about documentary photography and photojournalism.  She has been developing her talent since 2012 with Yannick Cormier, Documentary Photographer (Trikaya Agency) and her influence include the classical photographers such as Henrie Cartier-Bresson, Josef Koudelka, Alex Webb. Olya’s unique sense of composition was enhanced through her personal projects focusing on Metro of Chennai, the religious festivals in Tamil Nadu, India, and on the Buddhist Monks in and around Ladakh, India. She followed Minnal, a homeless woman, to tell her story with all its dignity, joy and sadness in a more intimate portrait of humanity.

Since December 2013 Olya covers events in Ukraine as a photojournalist focusing on the human side of the conflict.

The photos from Ukraine were shown on screen during the photo festivals such as Visa Pour l’Image Perpignan 2014 and Bayeux-Calvados Award of war correspondents 2014.

Olya attended the 2013 Delhi Photo Festival’s Magnum workshop led by Raghu Rai and was selected to be featured in the British Journal of Photography.

February 2017 – Perspectives on the Ukrainian reality by Peace Union of Finlan. Helsinki. Finland.

·        The goal of this exhibition is showing the work of Ukrainian photographers as a part of World Press Photo 2015.

·        The goal of this exhibition is “getting art out there”. Photographs mounted on the auto rickshaws will help carry awareness about India’s culture and traditions.

·        Using public venues the photographs are to build awareness of the issues challenging India today. The venue was Old Distillery on the Beach Road.

Currently based in Doha, Qatar.